Bhakti yoga is considered by some to be the oldest form of yoga with its roots in the Vedas, or ancient scriptures of India. Some of the hymns in the Vedas are thought to be four thousand years old. However, Bhakti yoga did not emerge as a distinct form of yoga until about 500 B.C., the time of the composition of the Bhagavad-Gita, a Sanskrit work containing the teachings of Krishna, one of the most beloved of Hindu deities. 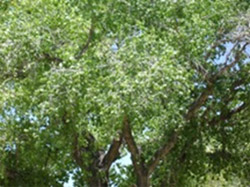 Bhakti yoga eventually became the focus of a popular devotional movement in India known as the bhaktimarga or “road of devotion.” This movement flourished between 800 and 1100 A.D. Around 900, devotees of Krishna who belonged to the bhakti-marga produced a scripture known as the Bhagavad-Purana, which contains Krishna’s instructions to his worshipers.

In one passage from the Bhagavad-Purana, Krishna praises bhakti above all other paths to bliss. He is represented as saying, “The wise person should abandon bad company and associate with the virtuous, for the virtuous ones sever the mind’s attachments [to worldly concerns] by their utterances. O greatly blessed devotee, these blessed ones constantly tell my story, by listening to which people are released from sin. Those who respectfully listen to, esteem, and recite my story become dedicated to me and attain faith and devotion to me.”