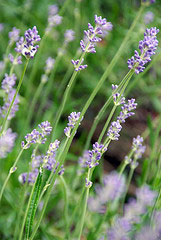 Each year the number of patients with clinical depression increases, even though not each case is diagnosed. Antidepressant drugs are the most common treatment for depression, but here are three alternative antidepressant treatments that can be used with fewer side effects. These methods can reduce symptoms or eliminate depression all together in a natural way.

One of the problematic aspects of depression is that it is recurring. At least 50% of people who have experienced depression in their life will have it reoccur again. After the second or third episode, the risk of reoccurrence rises to 80%. It is easy for one to become dependent upon anti-depressants when they are used to maintain a sense of stability and keep one from falling back into depression. However, new studies have shown a technique called Mindfulness-Based Cognitive Therapy (MBCT), which includes meditation, can be very beneficial in the treatment of depression. With this treatment, one recognizes thoughts and body sensations without passing judgment. With MBCT, the patient learns to accept their thoughts instead of ignoring them, helping the patient to be in the present moment instead of regretting past actions or worrying about future situations. In a study involving 145 people with a history of depression, half participated in an 8-week program of MBCT that included weekly classes and 45 minutes of daily, at-home exercise. The other half did not participate in the program. A year later, the study demonstrated that MBCT cut the risk of depression reoccurrence by half in the people who had three or more episodes of depression. For more information you can read “The Mindful Way through Depression” by Mark Williams.

According to Dr. Steve Ilardi, psychologist at the University of Kansas, depression is the result of the incompatibility that exists between the modern world and the human organism, which is designed for a Stone Age environment. 99% of the time in the existence of man, he has lived in a culture of hunting and harvesting, a lifestyle which has an anti-depressive effect. Our ancestors passed their in the open air, performing physical activities, receiving energy from the sun, living in small communities, eating omega-3 from fish, among other things.

The TLC program adapts elements from the Stone Age to our modern lifestyle, and develops six basic Lifestyle changes:

In a 14 week program which followed 80 people with depression, 74 % of the group that tried TLC totally recovered or had a significant reduction of their symptoms, compared to 16% of the control group that were treated with anti-depression medication and psychotherapy.

Women are two times more likely to experience depression than men. Depression can easily occur in women who are sensitive to fluctuations in levels of estrogen. During puberty, a rapid change in the levels of estrogen makes some adolescents prone to depression. In women who have Pre-Menstrual Syndrome, a decline in estrogen and the increase of progesterone during the final phase of a menstrual cycle can be related to depression, anxiety, and irritability. When a woman gives birth, the levels of estrogen that have developed during pregnancy drop drastically, explaining why so many mothers develop post-partum depression. The same occurs with menopause, when levels of estrogen drop considerably. There is generally no treatment for fighting depression that is linked to menopause. It is recommended that you take herbal remedies like St. John’s Wort (Hypericum Perforatum), 900mg a day; or Black Cohosh (Cimifuga Racemosa), 40 mg a day; and fish oil. There is also Hormone Replacement Therapy (HRT). For more information, you can read “The Estrogen Depression Connection” by Steven Rogers and Karen Miller.