In order to prepare the body and mind for accomplishing sadhana, the Hindu term for a spiritual practice, one must first explore three other regions of yoga. Seva, or service is the first important principle that one must explore in order to aspire to sadhana. Samarpan, translated to dedication in the English language, and swadhyaya, which means self-knowledge are the two remaining fundamental concepts to be grasped before one can perform a truly meaningful spiritual practice. These tools help yogi, as well as other spiritual beings to achieve inner maturity. These lessons are best presented from guru to disciple. If one does not have a maturity of mind, kundalini may become a destructive force in their life.

Because we all strive for a higher spiritual practice, and a deeper sense of self, we think we are ready to rouse our kundalini. However, the force unleashed may not be controlled by the being kundalini inhabits. The tamasic and rajasic forces could run their own path, with no regard to the body or mind. One must ask if the unleashing of kundalini is worth the potential conflict that can arise between kundalini and tasmic powers. Seva, samarpan, and sawdhyaya and the guidance of a guru will enable a smooth transition to the release of kundalini. 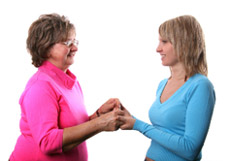 Two notable yogi have written on the subject of kundalini and its negative presence. Baba Muktananda shared his experiences with mental images of women that plagued his mind when kundalini caused an overactive mooladhara event. Gopi Krishna had upsetting thoughts of great disturbances in his life, anxiety caused by the directional forces of kundalini. Though these accounts are widely spread lessons among the sangha, there are many other sadhakas who have taught the same basic concept: One must learn how to exceed human limits in order to handle to power of kundalini and other strong forces.

As Shakti ascends the chakras, beginning with mooladhara, there is a disturbance as the force destroys negative boundaries. Shakti rises to sahsrara and attempts to calm Shiva in order to steer the consciousness. This situation must be dealt with cautiously. When we come across other forces such as Kali, purusha, or devi they must be treated in the same respect.