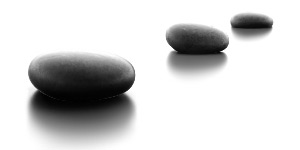 Each Vayu is classified as follows:

The physical nature is in a constant state of movement despite its seeming solidity. Earth is an inward force and contracts to keep things together. Water is a downward force and eliminates the unwanted. Fire is an upward force that is transforming and consumes everything in its path. Air is an outward force that attempts to enter anything it touches. Ether has no physical manifestation and pervades everything.

Earth is eroded by water, but it also contains water. Water is evaporated by fire, but it can also extinguish fire. Fire is blown out with air, but it also consumes air. Air is directed by ether and it is the vehicle through which ether is experienced. Ether is manifested in all things.

Each of the five elements should be balanced within each aspect of the yoga practice. For Vyana, practice standing postures that deal with the skeleton, the legs and arms. Prone postures, particularly resting at the end of the practice, deal with Apana and are more cooling. For Samana, practice sitting postures that deal mostly with the midsection and are generally more heating and transformative. Vinyasa, or movement, cultivates Prana: Vinyasa always starts with an inhalation which then increases Prana. Udana deals with the finishing sequence, both inversions and sitting, and particularly the headstand.

While each aspect of the practice contains all of the elements within it, certain elements have a tendency to manifest more strongly with certain postures. This also depends on seasonal and climatic changes, phases of the moon, and transitions of the planets. It is useful to note these changes and to be aware of them as they occur.

Yoga is a balance of opposing polarities. Every body, every practice and every asana is both accumulating (prana) and eliminating (apana), both contracted (vyana) and expanded (udana), involving body and mind. You can balance these opposites by increasing awareness in each and every posture.

The dominance of each of the Vayu in the body varies with each individual. This nature is exhibited as different body types, or constitutions, called the three Dosha. They are Kapha, Pitta and Vata. Kapha combines both water and earth, Pitta is governed by fire and water, and Vata is governed by air and ether. The Vata constitution is more mobile and is exhibited by a slender physical structure. The Pitta type is goal-oriented and it is exhibited by a more muscular, solid structure and assertive disposition.