THE OATHS TAKEN BY YOGI 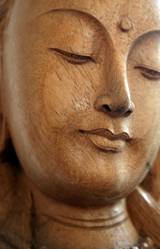 Patanjali, who is commonly referred to as the “father of yoga”, put forth an eight-fold journey of how yoga should be practiced. In the very beginning of his teachings, he describes the five Yamas, or the basic fundamentals of the yoga practice. The Yamas are based around society, as well as morals a yogi – a person who practices yoga – should follow. The Yamas are portrayed in a positive light, which further places emphasis on the way a follower of yoga should behave while doing yoga to fully grasp the concept of unity and issues in his or her own world. Positive instruction leads to a positive following. Many yogi see yoga as a way of life, and although not a religion, this practice helps people understand the benefits of leading a life of honesty, consciousness, while using good judgment. 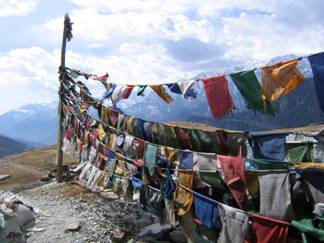 Patanjali thought of the Yamas as oath that people took if they wished to practice yoga, which would carry positive light into their thoughts, the words they spoke, and their actions. Yoga began in ancient India where a caste system existed (and still exists today to place people into social classes), however, Yamas should be present in every yogi’s life, and social status, region, and time are irrelevant to the system. 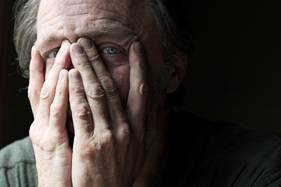 Ahimsa is the custom of non-violent practices regarding violence towards anyone, even one’s self. Violence can be present in thoughts, or physically carried out, but Ahimsa is against both versions. As human beings, our reactions to events are often negative. Our feelings of negativity produce anger and judgment toward others, but Ahimsa teaches yogi to learn compassion for every way of life. It is difficult to accept many things, but rather than reacting negatively, more things are accomplished if situations are taken head on, with grace and stability. The process to accept all things, and recognize them for what they are takes a great deal of compassion.

Satya compels yogi to be truthful in their lives. This idea can contradict the Yama, Ahimsa; it is often said that the truth hurts, but Patanjali felt otherwise. To understand compassion is to know when not to speak a truth if it will cause someone else damage. When one begins to live their life truthfully, they are enabled to see greater truths that are a part of yoga. 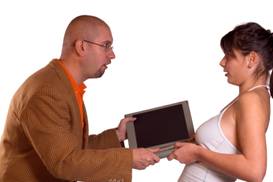 Asteya, which is the practice of not stealing, also means not taking the things that are given freely. The Yama, Asteya condemns accepting the theft that others may partake in, even if it is only verbal. This yogi vow also works on a societal level, as freedom is given and it cannot be taken away. Generosity is a key factor to understanding this custom, and the real jewels are not found physically, but rather in one’s self as a result of a kind a generous mind set, and actions taken.

Brahmachaya is the idea that material possessions should not take hold of our lives, and by learning to control our impulses, we become better people. To detach oneself from things is not an easy task; this takes strong determination and a certain sense of fearlessness. Brahmachaya relates to excessive possessions, addictions, and impulses that are difficult to control. When a person is free of these, they become stronger and wiser. The idea is to bring moderation and balance to everyday life. Energy is saved on the things we once regarded highly, but are not important to life, and can be used on spiritual activities.

Aparigraha is the Yama that drives us to let go of possessions that are unnecessary to life. Greed hinders our view of what is really important to leading a full life, and that is our true self, or Atman. A person must be available to receive things they need, which cannot happen if other irrelevant things stand in the way. Many yogis understand the concept that things, possessions become destroyed, or will change and we have no influence over this, therefore we never really owned the possessions in the first place.

In many cultures are religions, Karma – or the idea of “you get what you give” – plays a great role in the way people act, think, and lead their lives. Yoga is no different a practice. Yogis strive to only use truth and positively to their advantage, so their lives can be peaceful and fulfilling. To lead a life under false pretenses is a life wasted. The people that practice yoga become very aware of their own actions and life, as meditation and teachings can help a person do this. Yoga is not easy; it is not intended to be. All yogis strive toward a common goal, which unites people in the process, and continues to hold them together once this goal has been accomplished.