Everybody has their own idea of what Yoga is. Some believe it to be an Eastern religion while others view it as a strenuous workout.

Neither perception is entirely true because Yoga is comprised of many separate entities. Most of us know the 21st century version of Yoga, but we may not fully understand the intentions of those who created Yoga many, many years ago. If more people fully knew the foundation of Yoga – from beginning to present -many might be more inclined to take up the practice.

One misconception of Yoga is that this historical practice dates back to the beginning of human civilization. In truth, the evidence of Yoga poses illustrated on rocks shows us that Yoga was developed close to the year 3000 B.C. However, academics suspect that Yoga’s roots began in Shamanism during the Stone Age. This is thought because of the similarities between Shamanism and Yoga. Both practices focused on the health and well-being of humans, while inserting certain religious ideals within the customs that were intended to reach a broad range of humans. When first invented, Yogic rituals were directed towards entire communities rather than used as a means of self improvement. Yoga??s history can be divided into four time periods, including the Vedic Period, the Pre-Classical Period, the Classical Period, and finally the Post-Classical Period. 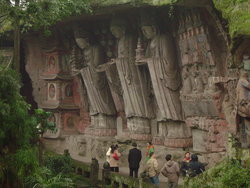 The first period,titled the Vedic Period, is defined by the holy writings of Brahmanism called the Vedas, which set the tone for present-day Hinduism. The Vedas were a compilation of worship songs that recognized an almighty power and encompassed the most ancient teachings of Yoga. Even today, the lessons taught from the Vedas are recognized as Vedic Yoga. The principals of Vedic Yoga are characterized by the customs and functions that allow the mind to broaden. The Vedic people welcomed rishis (shamans) and Vedic Yogis to instruct them on how to live in order to meet the standards of divinity and togetherness that the Vedas set forth. Rishis also had the power to view the paramount actuality by means of spiritual customs. Yogi’s felt that they could best express themselves by living in a quiet, secluded place close to nature. Therefore they established their domiciles in forests. 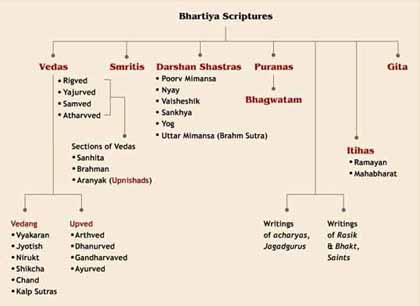 The period that followed the Vedic Period was the Pre-Classical Yoga period which was marked by the beginning of the Upanishads. These 200 sacred writings created by the Upanishads speak of the central perception of reality that comes to one who is committed to Brahmanism. There are three separate but related principles which include the highest reality (Brahman), the superior self (atman), and the association between both of these. The Upanishads also extended people??s knowledge of the Vedas and their teachings.

The principles of Yoga are closely related to other Eastern religions, most notably Buddhism and Hinduism. These ties were discovered while tracing back to the roots of Yoga. Buddhism started in 6th century B.C. when the Buddha began teaching philospohies such as engaging in specific postures, and above all, meditation. Siddharta Gautama was the first Buddhist to study the teachings of Yoga, and he is said to have experienced total enlightenment at the age of thirty-five.

Around 500 B.C., the oldest discovered sacred scripture was composed and named Bhagavad-Gita, which translates to the Lord??s Song. Bhagavad-Gita spoke of Yoga and revealed that it had in fact been around for a while before the scripture was written. However, it does not give an exact date that indicates when Yoga began. The main focus of the Gita emphasized that to stray from hardships people must put their egos aside and let their actions speak for who they are. 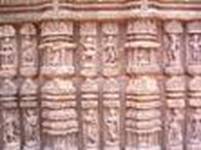 Similar to the way in which the Upanishads provided more insight into the teachings of the Vedas, the Gita integrated the teachings of the Upanishads. Found in the Gita are three aspects which allow one to lead the greatest life. These principles are Karma (generous actions), Bhakti (caring dedication), and Jnana (knowledge). The Gita attempted to bring together the three ideals that formed separate Yogas which were Karma , Bhakti, and Jnana Yoga. The Gita was a communication between God-man Krishna and Prince Arjuna that spoke about worldly goodness and the opposition of anything evil. 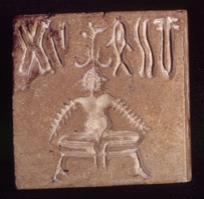 Post-classical Yoga contrasts to the Yoga of other time periods because Yogis were taught to welcome reality rather than stray from it; to live in the present rather than the past or future.

Yoga found its way to the West in the early 19th century and was reanalyzed after being only characterized as an Eastern philosophy. However, it wasnâ??t until the 1930??s that Yoga was really practiced and its healthy vegetarian belief system promoted. Thirty years later, Yoga teachers from India began to really explain the teachings of Yoga. Maharishi Mahest focused on Transcendental Meditation and made it popular to practice, while Swami Sivananda opened American and European Yoga schools. Sivananda is considered a Yoga guru, and he began a Yogic system entitled the Five Principles of Yoga. This was created in order to better teach his lessons. They consist of Savasana (relaxation), Asanas (exercise), Pranayama (breathing), Diet, and Dhyana (positive thoughts), as well as Meditation.

Sivananda wrote hundreds of books dedicated to Yoga and Philosophy. He has also taught students who later on formed and expanded Yoga practice and thought. One of his disciples, Swami Satchitananda, arranged chanting at Woodstock and taught Yoga to the concert goers. Swami Sivananda Radha conducted research and studied the common bonds between Yoga and psychology. While Yogi Bhajan began Kundalini Yoga classes for Westerners in the 1970??s. 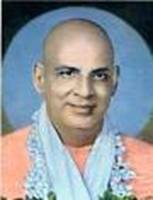 Yoga has endured both time and travel, yet it continues to be a world-wide phenomenon. Different practices and techniques have evolved over time, but the original ideals, customs, and movements have remained intact from the original practice. The attitude of Yogis is non-judgmental and accepting, which invites a wide variety of people to seek out the practice of Yoga. There has never before been a practice that has sustained its elements the way that Yoga has.