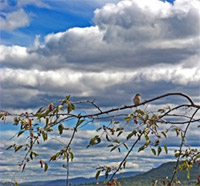 In 1972, the first Kripalu Yoga Ashram was established in Sumneytown, Pennsylvania. In 1975, it expanded to nearby Summit Station.
Kripalu was run by a growing number of ashram residents. These residents were individuals of all ages and nationalities who shared a dedication to yoga practice and lived a simple communal life in service to Kripalu and its program guests.

At Summit Station, Kripalu expanded its educational programs related to yoga and became a pioneer in the field of holistic health.
In 1994, Yogi Desai resigned as spiritual director of Kripalu.

According to Arthur Frommer, founder of the Frommer’s travel guides, the Kripalu Center is America’s largest year-round yoga facility and one of the best known.
In its Spa Awards 2000, SELF Magazine recognized Kripalu as the best yoga spa.

As of 2008, Kripalu offers more than 750 educational programs and spiritual retreats attended by over 25,000 individuals each year.
Kripalu also provides professional teacher training through 3 schools: Kripalu Yoga Teacher Training, Kripalu School of Massage, and Kripalu School of Ayurveda.
Kripalu also includes several institutes. The Institute for Integrated Leadership offers a semester-long intensive program for college-age individuals. The Institute for Extraordinary Living has projects in the area of sports, music performance and work attention. The Institute for Integrated Healing serves as a demonstration clinic with a research component, with the long-term aim of changing the way doctors thinks about health and how medicine is practiced.