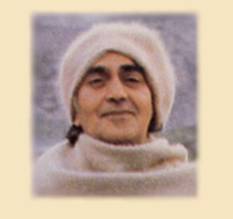 This amazing Yogi from India was train by the tradition of the cave monasteries in the Himalayas. He also studied physiology, and philosophy in Europe and England, and founded the Himalayan Institute Foundation http://www.himalayaninstitute.org where you can find more information about him.

But it was in 1970 when his control of the mind was tested by the Menninger Foundation of Topeka, Kansas for the first time. These are the results:

When they asked him how he was able to have these control over the body and mind he respond with this inspirational comment:

“All the body is in the mind. But not all of the mind is in the body” 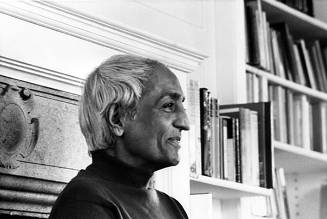 This spiritual leader born in India in May 12 1895 he passed away in 1986. He traveled extensively all around the world as a speaker, author, and educator.

He is considered one of the greatest philosophers of the 20th century. He founded the Krishnamurti Foundation of America. You can find more info at www.kfa.org

He had written many books, but the following quote is from his book Life Ahead:

“To experience what is solitude and what is meditation, one must be in a state of inquiry; only a mind that is in the state of inquiry is capable of learning. But when inquiry is suppressed by previous knowledge, or by the authority and experience of another, then learning becomes mere imitation, and imitation causes a human being to repeat what is learnt without experiencing it. 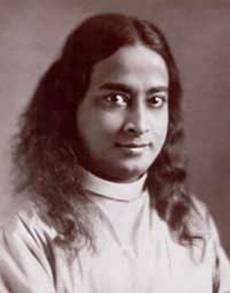 Born in 1893 in India till 1952 when he passed away. He was born in spiritual family that belonged to a high cast in India. At an early age he was eager to fulfill his spiritual thirst and often escape out of his home to meet the spiritual teachers of his time. Soon he was living in Mahasaya’s Ashram in India. Later he graduated from the university as a command from his teacher. He told him that one day he would need a university title to been able to be listened in Occident.

In 1918 he opened the school of Yogoda Satsanga Brahmarcharya Vidyataya en Rinche. The school soon got bigger and started to receive more students.

Before he die in 1895 he told to his closest students that 50 years later a Swami of his linage would bring Yoga to the Occident and will wrote a biography about his life and Babaji, his teacher. In 1945 the prophecy came true when Yogananda wrote his biography including histories of his teacher Babaji.

He was much loved. But certainly his biography title “Autobiography of a Yogi” gave to his life global exposure. As far as I know the book is in Spanish and English.

The following belongs to that book:

“One night, when a cloud of mosquitoes surrounded us Master failed to issue his usual instructions (to use a mosquito curtain). I listened nervously to the anticipatory hum of the insects. Getting into bed, I threw a propitiatory prayer in their general direction. A half and hour later, I cough pretentiously to attract my guru’s attention. I thought I would go mad with the bites and especially the singing drone as the mosquitoes celebrated bloodthirsty rites.

No response stir from the Master: I approached him cautiously. He was not breathing. This was my first close observation of him in yogic trance; it filled me with fright.

His heart must have failed! I place a mirror under his nose; no breath vapor appeared. To make double certain, for minutes I closed his mouth and nostrils with my fingers. His body was cold and motionless. In a daze, I turned towards the door to summon for help.

“So! A budding experimentalist! My poor nose!” Master’s voice was shaky with laughter. “Why don’t you go to bed? Is the whole world going to change for you? Change yourself; be rid of the mosquito consciousness.”

Meekly I returned to my bed. Not one insect ventures near. I realized that my guru was previously agreed to the curtains only to please me; he had no fear of mosquitoes. By yogic power he could prevent them from biting him, or, if he chose, he could escape to an inner invulnerability.”

These histories and many more interesting things I found in Shakta Kaur Khalsa’s book called Kiss—Guide to Yoga.