The Light Within: Session Three

John Holland, a Psychic Medium was the next presenter.

Mr. Holland did a group session communicating with some of the audience’s deceased loved ones. 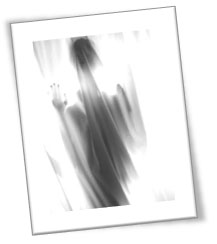 Mr. Holland talked about his first Hypnotherapy group session with Dr. Brian Weiss. Coincidentally he was unable to see himself in a past life, but from the womb he found himself floating inside of a light blue tunnel with white sparkles. He proceeded to explain exactly the same experience I had. I found this very surprising.

As a friend of Brian, John had the opportunity to talk to him about it, and Brian told him that instead of seeing other lives, he passed to pure essence, which seems to be a state between lives.

This must explain the peace, happiness, and meditative state I experienced. Personally I would have loved to stay there longer. Later Brian informed us the session was 40 minutes, although to me it seemed like 5 or 10 minutes.

Before his session as medium John Holland prepared us by explaining how the world of communications with the other side works. John explained that for the spirits it is easier to communicate through electricity, because we are electric beings.

Remember that in our last newsletter I explained how the eighth chakra, which is referred to as the electromagnetic field of the person, is also known as the aura?

Explained in a more scientific way would be to refer to the atom, and their charge of protons, electrons, and neutrons. Well, the dance of these three creates electricity. In this way all the sensations are transmitted in the body through the synapses, or very fast electric messages that inform us of what happens inside, and outside of the body. This constant internal electric circuit creates the electromagnetic field around the body. The magnitude of it depends on different things, such as, the mental and physical state of the person.

That is why when the light goes on and off it can indicate a spiritual presence, or trying to communicate. Of course you should always use common sense, and check the light bulb first to make sure you don’t have an electrical problem or things of that kind.

There is documentation stating communication through animals, such as a dog barking to an empty wall, or spirits may use small animals such as insects, ladybugs, etc.

Mr. Holland explained another way they communicate is through dreams. He explained that whenever a person appears in our dreams they look, as when they were young, or as we remember them when they were well. He also said that if you are a very sensitive person, who would be scare to death if they try to communicate with you, they won’t do it, but they may try to pass you the message through a member of the family, friend, or neighbor more open to it.

He alleged they try to communicate with us many times, but we don’t realize it, don’t pay attention, or we give another explanation to what happen.

After a big explanation he proceeded to give the session. I have to say it is very emotional being there in person, and see the reaction directly from the people. It is as if the electric current I talked about before doesn’t stop in the body of the person who is having the reading, but trespasses the skin of all of the present people.

Another thing that caught my attention was the way the spirits communicate. They always appear with the ancestors of the family. First the great grandparent will lead the way, then the grandparent, and finally, the spirit that has a message.  The families will also show up mixed, such as; the grandparent of the wife’s side will show up first, then the husband’s parent, or relative, to finally the spirit of the one who wants to communicate. To me this is a point we should pay attention, because in our today’s society we don’t value our old ones. We all run after the eternal youth, and discard the old as if it had no value at all, when we all know the great wisdom, love, and protection that lies with them.

The Light Within: Session Four
/newsletter/12-2009/The-Light-Within-Session-Four.html